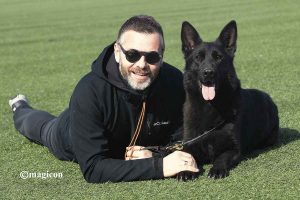 From an early age I was lucky enough to get to know the German Shepherd Dog and the difficult but at the same time exciting process of breeding,set it as a goal, fully understanding the responsibility towards the breed and its millions of fans! Our breeding is done by following all the procedures at the highest level in accordance with SV regulations.We are proud to have been bred high quality German Shepherds dogs short and longhairs from our kennel! Our sole purpose is quality – health and breed evolution. Many of our breed dogs are found all over the world. A wonderful example of our breeding is Lenny vom Team Armada with many first places in shows in Germany, Greece and he is the 2018 Italian Champion. Also Adrianna vom Team Armada also with many first places in Germany and Greece! These two dogs have father and mother two of the Best German Shepherd Longhair Dogs in the world: Father the legendary Miracle vom Shepherdland SG4 at the World Championship in Germany ,son of VA BSZS Fred vom Rumbachtal and Mother the stunning female Gabana Feetback Champion of Greece, Serbia, Northern Macedonia,daughter of VA1(ITA) Groovy di Casa Massarelli. These two beautiful longhairs are in our kennel! Also in our kennel we have Filadelfia vom Feuermelder an amazing anatomical and with awesome character female, daughter of the world champion VA1 BSZS Willy vom Kuckucksland , from which in her latest birth with VA BSZS Henko vom Holtkämper Hof we have had the excellent female Felice vom Team Armada and the awesome Frida vom Team Armada . An amazing mating ,which due to the high quality of her puppies, we repeated it … Informations Coming Soon..

I left last to present the Black Diamond of our kennel for the black German Shepherd fans Margman White also a Champion, daughter of  V6 (BSZS 2015), VA1 (EST, LV, LT, FIN) Pepe vom Kuckucksland . She will also be in our breeding program soon with very high expectations!
CONTACT INFORMATION

NEW TOP LITTER IN OUR KENNEL
Our passion for the German Shepherd Dog is our motivation and our guide all these years !!! 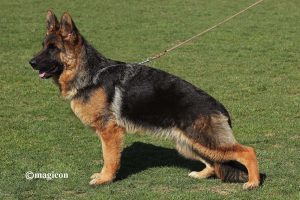 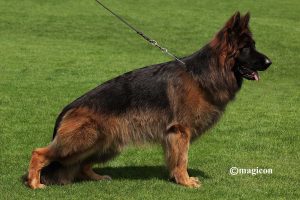 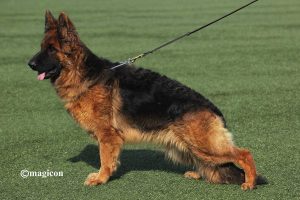 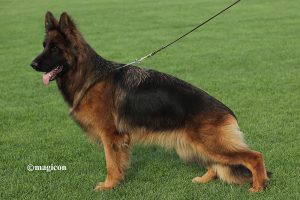 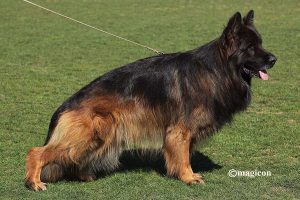 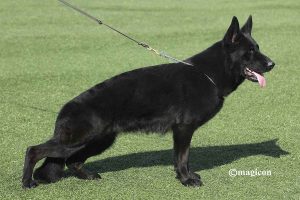 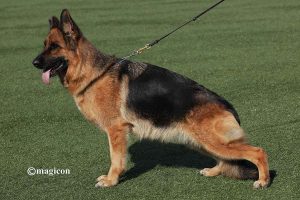 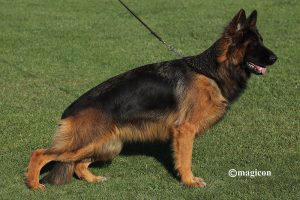